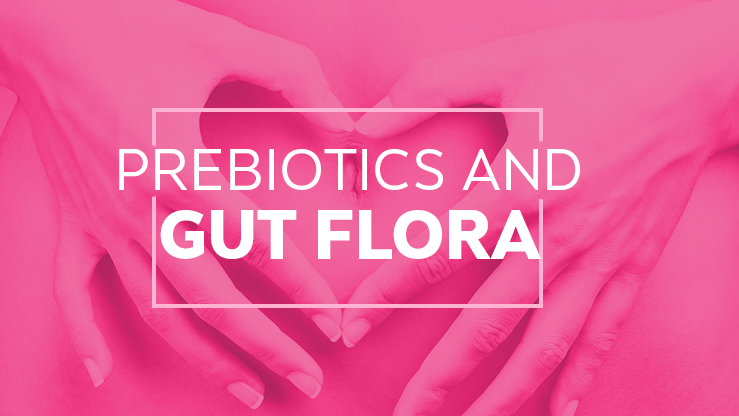 With more probiotic products coming to the market, a growing amount of consumers now understand the importance of maintaining a healthy gut flora for their health. How about prebiotics?

Most health experts and doctors will tell you prebiotics can help to rebuild a healthy gut flora and more and more studies have shown taking natural prebiotics can improve some health problems including diabetes. So, for clarification, how do we explain the difference between probiotics and prebiotics?

A prebiotic is an edible but indigestible carbohydrate that stimulates the growth and activity of beneficial bacteria like Bifidobacteria and Lactobacilli in the colon. Increasing evidence suggests that a balanced intestinal microbiota plays a key role in the maintenance of good health by keeping harmful pathogens in check. But friendly microbes in the gut do more than just keeping the neighborhood clean:

They also perform a range of health-promoting functions such as producing vitamins and short-chain fatty acids, stimulating the immune system, and improving digestion and absorption of nutrients.

Unlike probiotics in which beneficial strains are introduced into the gut, the aim of taking prebiotics is to promote the growth of good bacteria that are already in the gut by increasing their food supply.

A prebiotic has the following three characteristics:

Below are some prebiotics that meet these conditions:

Mother’s milk is most likely the first prebiotic you have ever taken when you first stepped into this world. Besides being rich in lactose, human milk also contains non-digestible oligosaccharides which are favored by Bifidobacteria and Lactobacilli.

More than just a source of food, studies found that babies who were given breast milk were fitter than those who were formula-fed. They suffered less colds and were less prone to allergic diseases. One of the reasons, researchers believed, is due to a richer gut microflora supported by the oligosaccharide content in mother’s milk.

Besides improving gut microbiota, GOS has also been found to improve the absorption of calcium and magnesium in animal and human studies, and possibly improve mineral retention and bone properties (1, 2, 3).

Inulin refers to a group of polysaccharides made up of fructose that cannot be digested by humans. It is found in many plants and fruits such as Jerusalem artichoke, chicory root, garlic, yacon, jicama, leek, onion, asparagus, burdock, banana, whole grains and beans.

Amongst all the prebiotics, inulin is perhaps the most widely known and studied. In several laboratory and human studies, inulin appeared to have the most impact on the growth of Bifidobacteria, multiplying their populations in as short as seven days of consumption. In some cases, populations of invasive microbes were also reduced.

The shift in gut bacteria after taking inulin may also help to decrease body fat especially around the abdomen, as suggested by a small but encouraging study on overweight and obese children. Several human studies have also found that the intake of inulin may help to improve mineral absorption and bone metabolism (4, 5, 6, 7).

A dose of about five to eight grams of inulin per day should be enough to favorably change the composition of the gut microbiota. Over-consumption of inulin, however, could cause gas and bloating, especially amongst those with sensitive gut. So it is important to monitor your physiological responses to look out for symptoms of overdose.

If you have ever seen a doctor for constipation or hemorrhoids, you are probably familiar with lactulose. It is a thick, sweet syrupy liquid that helps to increase the water content and volume of the stools so that they become easier to pass.

Unbeknownst to many of us, lactulose is also a prebiotic. It contains a type of non-digestible sugar called galactofructose that boosts the growth of probiotic bacteria, which in turn helps to reduce the populations of pathogenic species. A dosage of 3 g per day for 2 weeks appears to be effective in bringing about a favorable change in the composition of gut microbiota according to a small study.

Like inulin and GOS, lactulose also appears to improve the absorption of calcium and magnesium in a double-blind study involving 24 male volunteers.

But before you start gulping down buckets of lactulose, do note that excessive intake of the synthetic sugar solution can cause bloating, abdominal pain and diarrhea, and not to mention, bad gas. So it is better to go with the natural sources.

Pectin, the New Kid on the Block

Pectin — a soluble fiber found in fruits and vegetables — is more commonly known as a gelling agent in jams and jellies than as a prebiotic. But do you know that pectin actually packs a number of health-promoting benefits, including some gut-cleaning prebiotic goodness?

In a study which appeared in BMC Microbiology, rats that ate a diet high in apple pectin had reduced levels of pathogenic bacteria but higher amounts of friendly bacteria than rodents who fed on whole apples, apple juice, puree or pomace (8).

Kiwifruit pectin also displayed prebiotic potential in an in vitro study which found that the pectin Lactobacillus rhamnosus adhered better to intestinal cells than inulin, while reducing the adhesion of undesirable bacterium Salmonella typhimurium, the nasty microorganism behind a number of multistate outbreaks in the US.

That may explain why pigs which were fed a diet containing freeze-dried kiwifruit or kiwifruit fiber had more beneficial bacteria and less harmful ones when compared to swine on the control diet in a separate research (9).