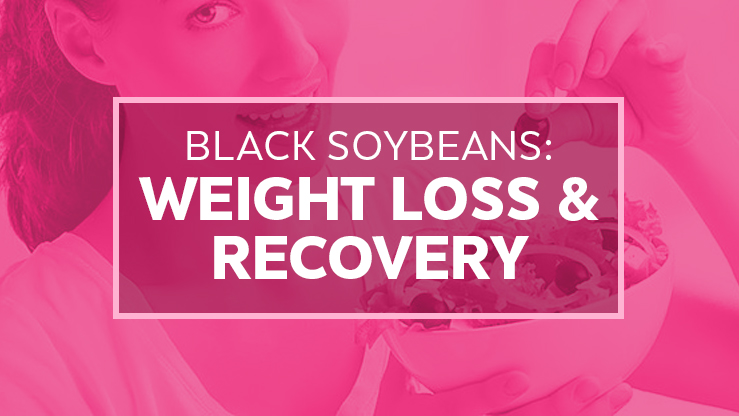 What are Black Soybeans?

Not just for vegetarians, the benefits of the humble soybean have been known to most nutrition-conscious people for a long time now. Black soybeans have recently been categorized as a superfood. They are almost identical to the better known green soybean, but the black skinned variety is thought to have even more benefits for consumers.

Where do Black Soybeans come from?

Black soybeans are a different subtype of the same plant species, Glycine max, that is cultivated to produce green soybeans. This plant is grown worldwide, but the black variety is predominantly grown in Asian countries, particularly China and Korea, where the beans are used to produce popular sauces and condiments. Black soybeans are also grown in the United States. Black soybeans can be bought dried or tinned at many health food stores and some supermarkets. Make sure not to confuse black soybeans with black turtle beans as they are very similar in name and appearance. While the latter, like all legumes, is still a great source of nutrition, they do not have the same benefits as black soybeans.

The most obvious difference between black soybeans and green soybeans is the color. The black color is due to pigments called Anthocyanins. Anthrocyanins are powerful antioxidants which have been very well studied and are present in high amounts in red and purple fruits and vegetables, like tomatoes, raspberries, acai berries and purple corn. Black soybeans have the highest measured level of anthrocyanins of any plant source, at 2% (1). Anthrocyanins have also been shown to benefit heart health.

Black soybeans are considered to be higher in protein than their lighter cousins. Soy is a complete source of protein, meaning it contains all the necessary amino acids. According to the Protein Digestibility Corrected Amino Acid Score- which is used to assess the quality of protein- soy is just as beneficial as protein from meat, egg and casein, and consuming whole soybeans rather than an extract improves bioavailability.

They are also extremely low in carbs, coming in at just over 6%. This is less than most legumes, and most of these carbs are present as fiber especially the Prebiotic Fiber.

Soybeans are very high in nutrients. They are one of the richest vegetable-based sources of omega-3 fatty acids, and they're packed with vitamins and minerals including Vitamin A, Iron, Magnesium and Zinc. There is a lot of research into black soybeans at the moment, particularly the isoflavones in the seed coat, which have been tested for a huge variety of benefits, including cancer treatment, metabolism of fat and weight loss, anti-inflammatory effects, antimicrobial ability, and blood clotting

Bodybuilders have to eat a protein-dense, nutrient-rich low-carb food that is tasty and versatile in order to promote lean muscle mass. Although long-established that a meal high in protein keeps you feeling fuller for longer, some research has recently come out looking at a peptide in black soybeans and its role in weight loss. After 12 weeks, overweight and obese subjects who ate the soy peptide lost significant amounts of fat, had lower fasting insulin levels and lower levels of leptin, a hormone involved in regulating appetite (2). The anti-inflammatory effects of the black soybean may also help recovery and minimize tissue damage after training. There are quite a few studies which demonstrate these properties (3). Black soybeans are also packed with antioxidants, which are essential for recovery after training and body building.

While there are no effects specific to black soybeans, many men are turned off soy in general by the idea that soy phytoestrogens can lower testosterone levels. This is an area that has been thoroughly researched, and a broad analysis of studies performed concluded that regular consumption of soybeans and their derivatives has no effect on male hormone levels (4).

Black Soybeans - How much Should I Eat?

Black soybeans can easily replace other legumes or even meat in a normal, healthy diet. They have a mild, nutty flavor which blends well in many styles of cooking. You can eat black soybeans to your heart's content, but keep in mind that whilst playground wisdom has identified beans as having noted cardiovascular benefits, it also induces gas production in the lower bowel in proportion to the amount consumed.

It is only a matter of time before the anthocyanins and active peptides in black soybeans are extracted and available as a supplement, but it would be a shame to miss out on the wealth of nutrients and protein obtainable by eating the whole bean.

Not surprisingly, your body absorbs nutrients better from natural black soybeans. Black soybeans can be used as ingredients in many dishes including as tortilla bread, salad, and even hot sauce. Or more conveniently, you can find a high amount of black soybeans in the Karviva Empower Whole Plant Smoothie, which is formulated with unprocessed organic black soybean flour, quinoa flour and flaxseed meals. Both quinoa and flaxseeds have been shown to help weight loss and muscle recovery in addition to many other health benefits across numerous research studies. Another great option for muscle recovery is the organic banana and dark cherry found in Karviva Empower Whole Plant Smoothie. These active ingredients provide natural sources of glucose which is critical for accelerated muscle recovery. And it tastes great! As many consumers have commented, it tastes like a nutty banana cinnamon bread, probably the healthiest one you can find!