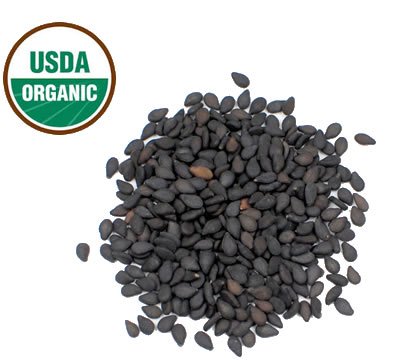 Black sesame seeds is one of the oldest condiments known to man, they are good source of energy and are used for many health-promoting and anti-aging benefits. Traditional Chinese Medicine believes that nutrients in black sesame seeds can help strengthen kidney and liver and postpone or reverse aging. As per a study done by Harvard University in 2010, black sesame seeds are rich in vitamin B and iron, and most people with vitamin B or iron deficiency show symptoms like hair turning gray, hearing loss and memory loss, all of which are indicators of aging.

Recent studies also suggested nutrients in black sesame seeds may help decrease the risk of cancer. According to Dr. Ronald DePhino, Principal Investigator, M.D. Anderson Cancer Centre, Houston, the sesamin found in sesame seeds is found to protect the liver against damage caused by free radicals in the body.

Also, the seeds are rich in fiber, lignans (cell reinforcements) and phytosterol (phytochemicals), which can protect one against the development of colon cancer.  It also contains two powerful antioxidants, Sesamol and Sesamolina which are believed to contributing to its uses in promoting heart health.

Learn more about the health benefits of Black Sesame Seeds.